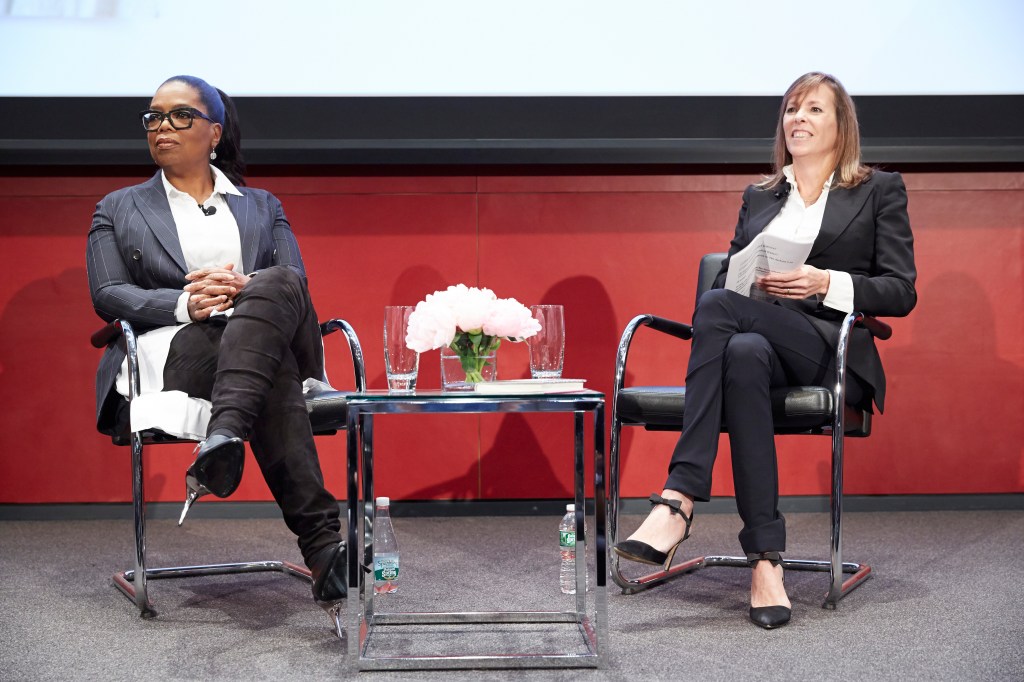 Hearst Magazines is revisiting print under a new direction.

Lucy Kaylin, editor-in-chief of O the Oprah magazine for several years, was appointed this week as vice president of print content for Hearst’s magazines division, WWD has learned. She stepped into the role, an entirely new position, immediately but will remain at O â€‹â€‹until mid-February. This magazine has grown to a digital priority, with only a quarterly print and a new website.

Hearst staff were made aware of the move in a memo from New Magazines President Debi Chirichella, who this summer took over by Troy Young. It was forced out in the midst of a New York Times report of grossly inappropriate work behavior, which had been whispered among employees and media types for years. Although Chirichella was initially put in place on an interim basis, she seems to have quickly started working in a style appreciated by the leaders of Hearst and in about three months she was made a permanent appointment to this position. Insiders say she has a sensible attitude towards the business and has a strong focus on the numbers.

As such, she appears to be looking to better manage Hearst’s printing business. While this is undoubtedly a declining segment, print advertising remains the largest part of Hearst’s revenue. Putting Kaylin, who has worked at Hearst for 14 years, including the last seven at O, in charge of printing is in a way a strengthening of the place of printing in the company.

â€œIn this newly created role, Lucyâ€¦ will work closely with our brand editors, guiding the print execution, developing the cover strategy, increasing relevance and ensuring the storytelling and content of the most. high quality in our portfolio of magazine brands. Chirichella said in her memo to staff.

Kaylin said in a separate statement to WWD that she was “thrilled” to take advantage of her experience working for Hearst titles like O and Marie Claire, and previous CondÃ© Nast GQ and Vogue magazines, “in [a] new role. “She added that she would work to” fortify Hearst’s print portfolio, ensuring it serves and thrills readers for years to come. “

Chirichella in her memo also noted that Hearst will continue to â€œfurther accelerate our digital growth, while providing exceptional print productsâ€. And that Kaylin will work “with the consumer research and marketing teams for engagement as we continue to roll out our consumer-centric revenue model.”

â€œThis includes collaborating on a strategy around new content that drives newsstand sales, subscription retention and subscription conversions and working with our analysis team on performance research,â€ added Chirichella. It has been a long time since a media official spoke of efforts to increase newsstand sales.

Kaylin will report directly to Kate Lewis, who has been appointed director of content under Young and will continue to oversee all content. In a statement to WWD, Lewis cited Kaylin’s “immeasurable experience and intellect” and said his work at O â€‹â€‹and previously Marie Claire “spoke for itself.”

â€œShe is an extremely talented writer who knows how to create a story, present it and present it to the audience in unique and wonderful ways,â€ said Lewis.

Prior to Kaylin’s promotion to a newly created role, Lewis was solely responsible for overseeing all content in Hearst magazine, including print, despite what appeared to be a special emphasis on digital. And she will continue to monitor both areas as Kaylin steps in to focus more on printing.

Digital was Lewis’s backdrop and Young’s area of â€‹â€‹interest as well, and part of the reason he was promoted to head of the magazines division after David Carey, who was president of magazines for a decade. Young quickly promoted Lewis to succeed Joanna Coles, Hearst’s senior content manager. And before being kicked out, Young went shift most magazines are moving away from a strict focus on print, combining editorial teams and replacing publishers. People with a passion for printing, like Carey and Michael Clinton, took A step back although Carey actually back to Hearst in a managerial position earlier this year.

But during Chirichella’s brief tenure so far, she has taken steps to refocus, at least in part, on the printing business. Towards the end of September, about two months after starting her role as president, she rolled out what has been dubbed â€œpremium printingâ€. The “multi-million dollar” investment will see Hearst’s magazines made with better paper, many in larger formats, and devote more space to editorial content, as opposed to advertisements. It remains to be seen whether there will be a rollback of the reduction of printing frequency seen in several Hearst brands under Chirichella. â€œPremiumâ€ could easily mean fewer numbers of better quality across the division.

â€œOur magazines are at the heart of our brands and our business,â€ said Chirichella upon launching premium printing, â€œthe foundation of our editorial mission and visionâ€.