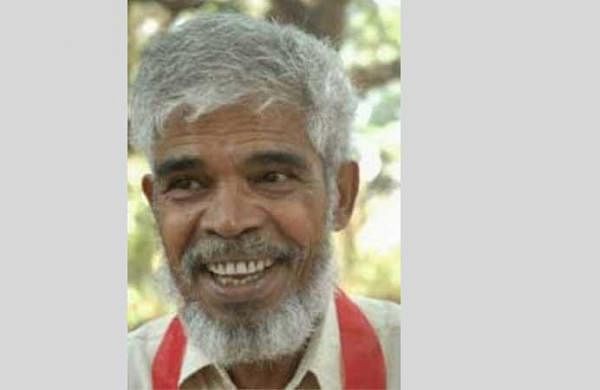 KOZHIKODE: Police officers arrested him at his Kakkanad residence in Kochi in 2008 for his alleged links with the Maoists. Pallath Govindan Kutty, editor of the pro-Maoist magazine ‘People’s March’, spent about two months in prison before being released. He had started a hunger strike in prison to demand his release.

But even after 14 years, police have yet to file the indictment against him as they are “still investigating the case”. “We are told that the police are continuing the investigation against him,” said Thushar Nimal Sarathi, chairman of the Janakeeya Manushyavakasa Prasthanam.

Thushar and Jaison will observe a fast at the High Court Junction in Ernakulam on March 15, declaring their solidarity with Kutty and demanding that the protracted case against him be dropped. The militants claim that the UAPA was invoked against them to terrorize and silence them. The police could not pursue the case because there was no evidence against them.

Govindan Kutty was arrested while picking up Maoist leader Malla Raji Reddy and his wife Suguna from Angamaly in December 2007. Kutty had published ‘People’s March’ from 1999 which contained information on the Maoist movement in India.

The government banned the print version of the magazine, but it was available on the Internet. Later, security authorities also blocked the internet presence. The Maoists released another publication called “Maoist Information Bulletin” to propagate their ideology. Kutty, who is facing health issues, currently lives in Tripunithura.

Should you ever get a payday loan?