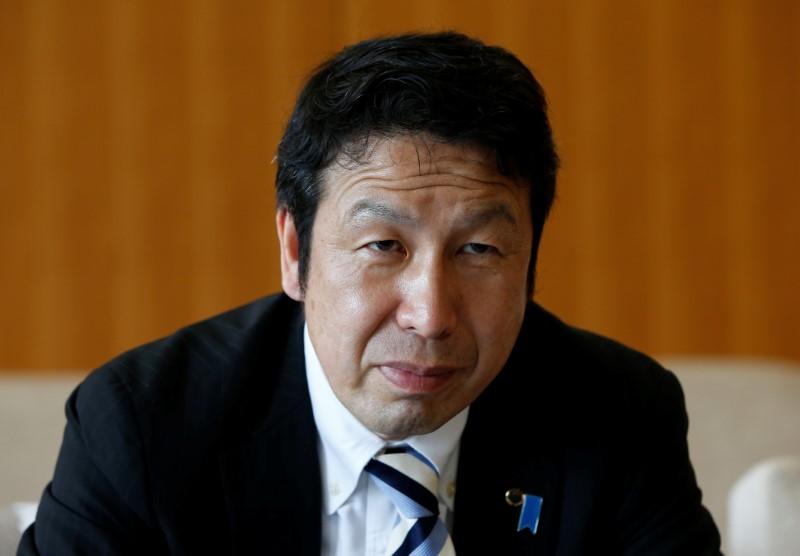 TOKYO (Reuters) – The governor of Japan’s Niigata prefecture, home to the world’s largest nuclear power plant, resigned on Wednesday, saying he hoped to avoid political turmoil following an impending magazine article on his relationship with women.

News that Gov. Ryuichi Yoneyama was planning to step down sent shares of Tokyo Electric Power Company Holdings Inc (Tepco) soaring, with investors betting his departure could facilitate the restart of the Kashiwazaki-Kariwa nuclear power plant, located in Niigata. Prefecture.

Yoneyama, like its predecessor, opposes the restart of the Kashiwazaki-Kariwa plant and has obstructed attempts to commission the plant by the utility, which also owns the wreckage of the Fukushima Daiichi nuclear power plant.

Yoneyama told Reuters last year that a better understanding of the Fukushima disaster in 2011 was needed before signing a reboot at Kashiwazaki-Kariwa.

Tepco shares closed up 4% on Wednesday after media reported Yoneyama’s resignation. The broader market grew by around 1.4 percent.

Yoneyama, who is single, said it was possible that some of the gifts and money he gave to the women he was dating could be misinterpreted and that he was stepping down to avoid further political unrest over the question.

“It really hurts me not to be able to complete the task of tackling the safety of the nuclear power plant,” he said at a press conference.

Kashiwazaki-Kariwa is the largest nuclear power plant in the world and the restart of the site’s seven reactors is crucial for Tepco’s recovery plans following the merger of its Fukushima plant in 2011.

Tepco has obtained approval from regulators to start two reactors at Kashiwazaki-Kariwa, but the company must do more work before the restart. While not a legal requirement, governor approval is also required.

I’ve Got Your Back – Culture City :: SRQ magazine article by Kevin Allen