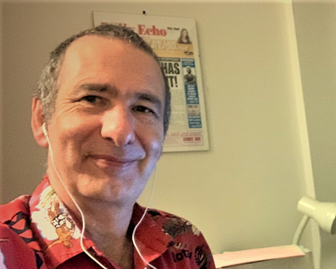 By the Rotary Club of Tiverton

‘Always believe tomorrow will be better’ is perhaps a very current and encouraging thought, especially when we realize this was said by Colonel Sir Tom Moore, who raised over Â£ 38million for the NHS through his walks in the garden before his 100e birthday. As a journalist, Rotarian Dave King, the current editor of Rotary Magazine, found meeting Sir Tom one of the highlights of his role, including realizing that Sir Tom was a Rotarian himself.

Dave was the guest speaker at a recent Zoom meeting of the Rotary Club of Tiverton and provided a fascinating summary of his views on Rotary International and its development of the magazine designed not only for British Rotarians but for anyone wishing to learn more about the work of this service organization.

â€œRotary,â€ said Dave, â€œis about to reinvent itself, change perspective and present an opportunity to a generation that had previously not seen Rotary as an organization they would like to join.â€

He urged members to share with the wider community the stories of what Rotary has accomplished not only in this area or in the UK, but through its global presence in the world. ‘Rotary in Action’ reflects many of these stories and is contained in the magazine of which he is now editor and on the Rotary of Great Britain and Ireland (RGBI) website (www.rotarygbi.org) that Dave also control.

â€œThese difficult times create great opportunities for Rotary to make its mark in local communities,â€ said Dave, a journalist for nearly forty years and former Rotary club president of the Elthorne-Hillingdon club. “The environment is also a crucial issue and constitutes an attractive target for young people in particular such as those of Interact and Rotaract clubs”.

Dave was thanked by Rotarian Paul Edwards for an eloquent and frank speech, expertly illustrated by a Powerpoint presentation.

To learn more about Rotary International and the local Tiverton club, contact Secretary Andrea Rowe at [email protected]or 01884 258820. The site is at tinyurl.com/tivertonrotary and the Club is also on Facebook (“Rotary Club of Tiverton”)

Shine a light on Tiverton, Devon by becoming a Zone Ambassador. Click here to find out more!

At home with the editor of Rosa Park magazine