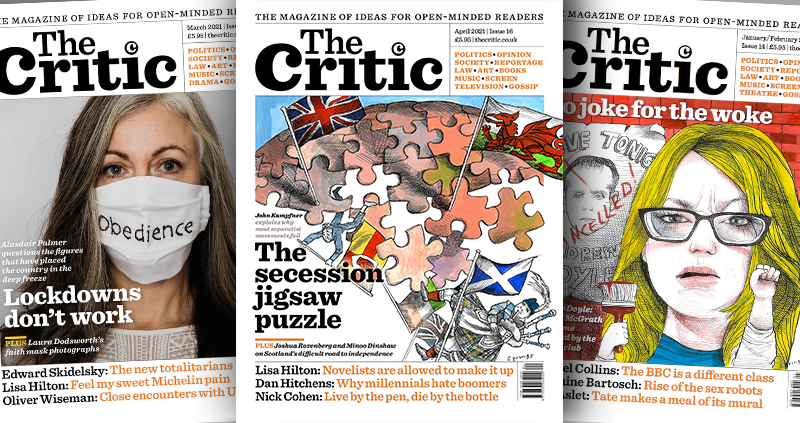 A magazine publisher has doubled down on its anti-Welsh rhetoric following an online backlash.

The critic had been criticized for an article by writer Jonathan Meades which described attempts to increase the number of Welsh speakers as a ‘totalitarian project’ and the ‘moribund’ language itself as a tool of ‘self-harm and reduction’ .

Huw Edwards and others had criticized the publication of the derogatory article, with the Welsh newsreader saying: “Meades is a brilliant writer and I have enjoyed his work for many years. I can only assume he is skint. Nothing else can explain this hold.

The magazine’s editor, Christopher Montgomery, lashed out at the torrent of criticism in a series of angry tweets.

The former strategist of the conservative eurosceptic group the ERG, who was previously chief of staff of the Northern Irish Unionist Party, the DUP, said: “Who would have thought that wise, skilled, pay-as-you-go cultural chauvinists spoon, from the middle class, would also be brittle, squeaky & intolerant? “Official languages” are not only languages ​​for selfish civil servants, they are also dear to the Konrad Henleins of Twitter.

“Twitter *is* a false measure, but the state of this downside index pointing.

“The supporters of “more Welsh, because! will be better than the foaming reaction to Jonathan Meades yesterday. Not all the best people are on Twitter. Some of the most smug people are. “I get paid a lot more by the Beeb than by the if” being a particularly telling reaction.

“It’s almost like there’s an agenda, rather than a natural swelling of what people actually prefer to do. People who have the agenda certainly don’t like to be told. And they get particularly angry if Marseille writers have a field day. The Dirty English Dog.

Social media expert Owen Williams replied, “I don’t understand, Christopher. Your periodical has published a rather mediocre article on the “need” for a language the author does not speak, and you are *surprised* by the somewhat venomous reaction of the speakers of said language? Help me here. What were you waiting for?

In his column for The critic, Jonathan Meades wrote: “It is the Welsh Government’s totalitarian scheme to have one million people speak Welsh by this date. This is double the (very exaggerated) number that is currently claimed to speak the language. What does “speak” mean in this context?

“The ability to make a simple purchase? Or the ability to discuss why RS Thomas, a fundamentalist nationalist whose politics might be ugly and naive but whose poetry is thrillingly harsh, rarely composes in Welsh (which he had begun to learn in middle age) and then with some trepidation. Thomas wrote of his compatriots: “A helpless people sick with inbreeding.

“In an effort to maintain this disease, a minimum of 60 ‘additional Welsh-language crèche groups’ will be opened by 2026. Why? Why teach a moribund language whose survival depends on “initiatives”? The policy decrees that these speakers are necessary. Need what ? For the good of the Welshman perhaps, to give new legs to the false bardic tradition? »

The writer also complained about the decision to grant ‘equal’ status to Welsh and English in Wales and claimed that the Welsh Government had a ‘splendid Lebensborn-based breeding programme: the women will be paid to have children so that they can be brought up in Welsh”. ”.

He suggested that the policy of a bilingual Wales put children in a “linguistic straitjacket”.

For reasons that aren’t immediately apparent, The Critic’s slogan is: “The magazine of ideas for open-minded readers.”

Say hello to the real top producers in Chicagoland

Is San Antonio FloatMe a Safer Alternative to Payday Loans?