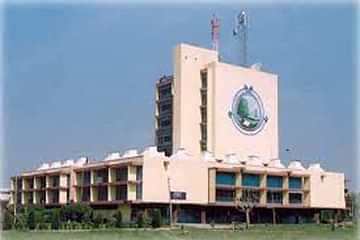 The SIA, charged with investigating and prosecuting terrorism-related cases, carried out the searches under an FIR registered under various sections of the Unlawful Activities (Prevention) Act and the IPC against Fazili and the editor and other associates of monthly digital magazine The Walla of Kashmirthe manager said.

The official said that the searches were carried out at the office of The Walla of Kashmir in Rajbagh and Fazili’s residences in Humhama and arrested editor Fahad Shah in Soura.

The official said Fazili’s article, titled The chains of slavery will breakis highly provocative, seditious and intended to create unrest in Jammu and Kashmir, and written with the aim of inspiring young people to take the path of violence by glorifying terrorism.

He also “promoted and propagated the false narrative, which is essential to sustain the secessionist-terrorist campaign aimed at smashing the territorial integrity of India”.

“The article used prescriptive language with an educational intent, encouraging secessionist elements to carry out terrorist activities,” the official said.

The official said the repeated reference to the rhetoric of freedom and terror groups makes it clear that the article is not just propaganda.

“Rather, it is the articulation of the Pakistani ISI and the vision of its sponsored terrorist secessionist networks.”

The official said the central government had paid Fazili Rs 30,000 per month for five years until March 2021 through the Maulana Azad National Scholarship so that he could support himself and complete his doctorate at the science department. university pharmaceuticals.