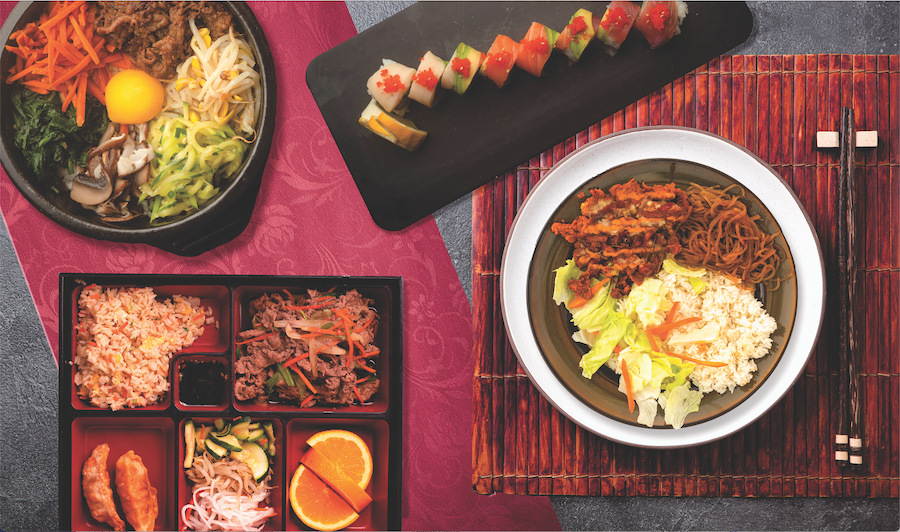 Do you still have to watch Somebody Feed Phil on Netflix, where Phil Rosenthal tastes real Korean cuisine and shares cultural stories and customary cuisine based on ancient agricultural and nomadic traditions (evolved through centuries of social, political and environmental change)? In Seoul, South Korea, he eagerly tries tteok-bokki, feasts on crab and gobbles down fried chicken with K-pop star Eric Nam. Most of us can’t afford to fly over 32 hours to South Korea just for a bite to eat, but luckily these local speedboats are second best and closest when needed. a pot of steamed short grain rice and a kick of kimchi with cold sake. Take yours gochujang and settle into one of those Korean family restaurants where geography means nothing.

Kore, a new Asian restaurant concept from the owners of JPAN Sushi & Grill is coming soon and is set to open its first location this year in the new Waterside Place, Lakewood Ranch’s newest village. This restaurant, the first on the market, will offer Korean barbecue prepared at the table, as well as a sushi bar and an upscale cocktail bar. “Korê will… offer unique dishes that diners would likely find in major metropolitan cities like New York and San Francisco,” said Daniel Dokko, Founder of JPAN and Korê. “I am thrilled to launch this concept in such a supportive community.” Coming soon to downtown Waterside Place, Lakewood Ranch.

Charlie’s BulGoGi, a pop-up family food truck turned into a successful storefront in 2018. Charlie’s has become a neighborhood go-to for Korean barbecue lovers. At BulGoGi, meats are marinated for at least 12 hours and sometimes up to 20, soaked in the homemade combination of Korean red pepper paste, sugar, soy sauce, sesame oil, ginger, wine rice, onions and apples. There’s such a thing as too spicy, but husband and wife co-owners Charlie and Soomi Chi are good at tempering the heat of American palates. “Korean food is a bit like Thai or Mexican food,” Charlie says, “It’s hot, but it’s still got lots of flavor.” 4567 Bee Ridge Road, Sarasota, 941-554-4806charliesbulgogi.com.

Shilla Korean Restaurant, owned and operated by the Yi family. The Yis have been cooking authentic Korean cuisine for over 40 years and have brought their favorite dishes, such as bulgogi, galbi, bibimbab, bibim naengmyeon and japchae, to Sarasota. Hailing from Gyeonggi Province near Seoul, the family have been in the culinary world for many decades, with their grandmother working in the markets (offering a variety of popular street foods) and then passing the tradition on to her son, who is now running Shilla. 501 N Beneva Rd. #240, Sarasota, 941-366-9700.

K-Nam Korean BBQ and sushi, after operating a local Korean food truck in Sarasota for the past three years, Hung Kook (Justin) Nam and his wife, Soung-Ja Nam, expanded their menu and opened this new concept restaurant in November 2020. Serving sushi , Korean barbecues and fusion dishes make it the perfect place for everyone to enjoy. With over 15 years of cooking experience in Korea and the United States, Nam passionately presents his vision of combining Korean and Asian flavors in our multicultural region. 3440 Clark Road, Sarasota, 941-312-6469knamkoreanrestaurant.com.

SSAM BAR, one of the pioneers who came onto the scene in Sarasota to develop the city’s missing Korean scene, cultivating a heavy menu on the peninsula’s classic platters. Former owner of Sam Oh Jung in Bradenton, Yup Namgoong opened SSAM in 2017 to offer a fusion of Japanese-style sushi and Korean dishes. Since opening, Namgoong mentioned that a large percentage of customers continue to order more Korean than sushi. 1303 N Washington Blvd., Sarasota, 941-312-6264.

Sam Oh Jung, a longtime staple in Bradenton for no-frills Korean food. Sam Oh Jung must be doing something right, with people frequenting the venue for the “Dinner Box” specials on the menu. Many dishes remain unchanged from when the original Sam opened. “Not many people know about cooking,” said Hieu Nguyen, director of Sam Oh Jung, “and it’s very hard to do if you don’t know what you’re doing. 6032 14th St. W, Bradenton, 941-755-3568.