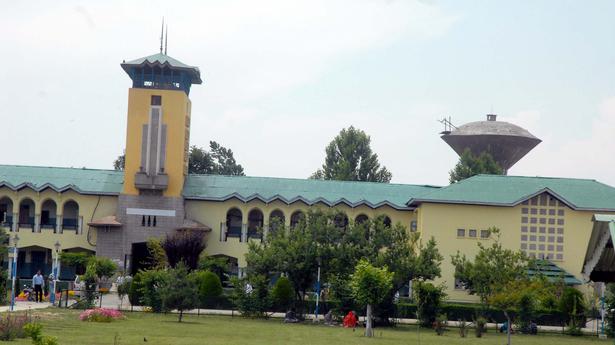 The J&K State Investigation Agency (SIA), set up to investigate cases related to militancy, on Sunday arrested a Kashmiri academic for his 2011 article published by the magazine, The Walla of Kashmir.

The arrest was made after the SIA raided the office and home of those arrested. ‘Kashmir Wallaeditor Fahad Shah in the Rajbagh and Soura region of Srinagar, as well as the residence of scholar Abdul Aala Fazili in Humhama. Mr. Fazili, who holds an MSc in Pharmacy, is currently a PhD student in the Department of Pharmaceutical Sciences, University of Kashmir.

“The searches were carried out within the framework of FIR n° 01/2022 under article 13, 18 of the UA(P) law read with articles 121, 124, 153 B and 120-B IPC of the police station of JIC Police (SIA) Jammu, against the author of the seditious article Abdul Aala Fazili and the editor and other associates of The Kashmir Wala,” a SIA spokesperson said.

The SIA said that the article titled “The Chains of Slavery Will Break”, published on November 6, 2011, “is highly provocative, seditious and intended to create trouble in Jammu and Kashmir, written with the aim of incite young people to take the path of violence by glorifying terrorism and, on the other hand, the article has promoted and spread the false narrative, which is essential to support the secessionist and terrorist campaign aimed at breaking territorial integrity from India “.

The SIA said the article used normative language for educational purposes, encouraging secessionist elements to carry out terrorist activities. The SIA quoted some excerpts, which read as follows: “On the occasion of Eid al-Azha, let us all pledge in the name of the blood of our martyrs and the tears of our mothers and our sisters: that we we will always remember their sacrifices, that we never stop our fight for freedom.

In another paragraph, the author had written that there was no need to be in anxiety and despair about the success of our struggle for freedom. “I have this total and most remote belief; we will finally get freedom – Insha’Allah.

The SIA said the repeated reference to the rhetoric of freedom and terror groups makes it clear that the article is not simply propaganda. “Rather, it is the articulation of the Pakistani ISI and the vision of its sponsored terrorist secessionist networks,” he said.


Meanwhile, the SIA said that during raids on the homes and offices of editors Mr. Shah and Mr. Fazili, it had seized “incriminating evidence, which includes material in computers, laptops and other digital equipment”.

In a report, The Walla of Kashmir said searches at Mr Shah’s residence, where his family lives, began at 7:17 a.m. and at the office at around 8:20 a.m. “The search and paperwork formalities took more than three hours at both locations,” the statement said. mentioned.

According to the magazine, the laptops of two journalists, a Macintosh laptop from the multimedia department, six hard drives containing backups and five CDs were seized during the raid.

“They also checked the reporting logs and phones of two reporters, who arrived at the office during the raid. The Walla of Kashmir cooperated with the authorities during the raid and facilitated the formalities,” he said.

During the raid on Mr Shah’s home, a laptop belonging to another staff member, who was also present during the searches, a tablet and a voice recorder was seized, he added.

“We condemn the seizure of journalists’ gadgets and other equipment from Shah’s office and residence. We once again call on the administration headed by Lieutenant Governor Manoj Sinha to withdraw the charges against Shah and the work of The Walla of Kashmir“, reads the press release.

Mr Shah, who was arrested on February 4 and then convicted under the strict Public Security Act (PSA) on March 16, despite courts granting him bail at least twice in two different cases. He is currently incarcerated in Kupwara prison.