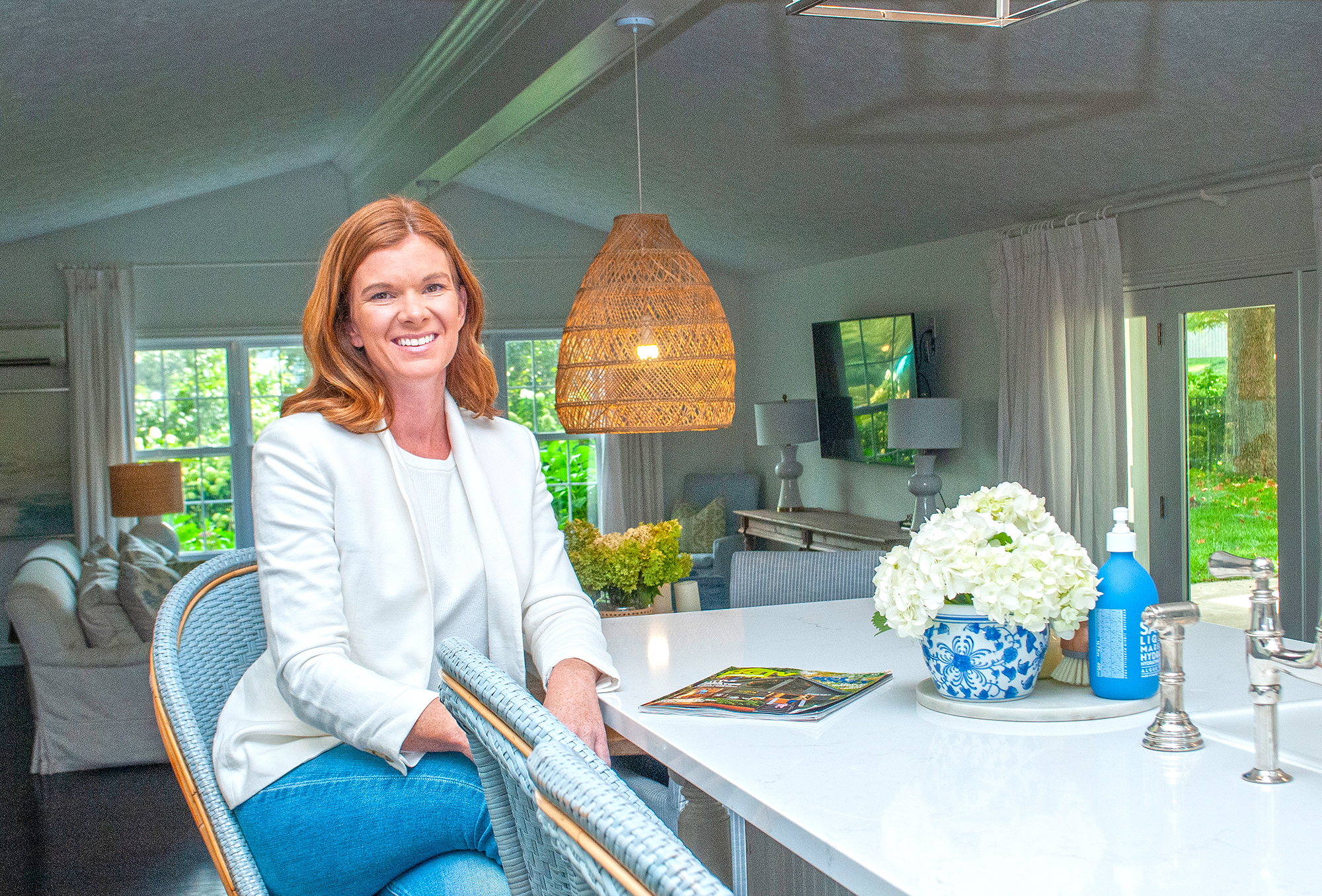 For a Jacksonville native, stepping into other people’s homes to design their dream home is a passion and a business. But, the tables have been turned as this interior designer’s Jacksonville home and her family are currently featured in national publication HGTV Magazine on the topic of “farm life.”

“I was so excited it was going to happen,” Maggie Henry York said when she learned her home was featured in the October edition. “My husband, Adam, was thrilled for me too.”

But, the surprise of learning when her house was due to be featured took nearly a year, and the fact that it wasn’t even supposed to be in print in the first place was an added caveat.

York’s interior design firm – Margaret of York – has her work in homes in states like Michigan and Florida, and before the pandemic, HGTV approached her to ask if she could showcase her work. .

“They reached out a few years ago and asked if there were any plans,” she said.

But, all photographers’ travel with HGTV had ceased due to the pandemic and that, ultimately, put the idea on hold — which would benefit York in the long run.

“It was actually good because it brought him here,” she said when asked if they could feature her home from over a year ago instead.

HGTV reached out again in August 2021 and were asked if they could feature her own home, which has been owned by her husband’s family for generations.

“We had two months,” she said of the lack of time to get everything ready for a fall-themed photo shoot. “They brought in a whole crew.”

Two months later, photographers, stylists and their assistants, along with the home-based editor, were at her house to go to work just east of town.

“She (the editor) doesn’t usually come, but she’s from New York,” York said.

But why his house? It wasn’t just because it’s an interior designer’s home, it’s more of a farmhouse-style home in the Midwest that tells the story of generations of a family growing up in one place, and like a real farm, building many additions over the years.

“My kids will be fifth generation here,” York said of her husband’s history with the house, adding that when she met her husband in 2006, the house was very different. “It was basically a brotherhood.”

Today, as York sits in her white-themed kitchen with chrome appliances and custom fabrics draped in all the right places, York is proud that her home is more than just a centerpiece, but a home she lives in. , her husband and children can live and enjoy after a long day of work.

“Changes were made to make it work for us,” she said, pointing to an area where there was a wall. “Your house should work for you.”

Although the photoshoot took place almost a year ago, the Yorks not only weren’t sure when or if it would be in print, they couldn’t say anything about it.

“There’s always a chance it won’t be released,” she said. “It was really difficult not to say anything, I think it was more difficult for my mother.”

Even for his children, they could not say anything.

“They loved being able to be part of the shoot,” York said. “And, get out of school.”

As the HGTV Magazine team took two days to get what they needed, York recalled the hospitality that people in the Midwest bring and the openness that people in Jacksonville, her hometown, made them feel special and welcomed.

York said Brittany Henry, manager of the Jacksonville Convention & Visitors Bureau, had gift bags for them and Little Stove, which wasn’t even open at the time, provided them with food, among other things.