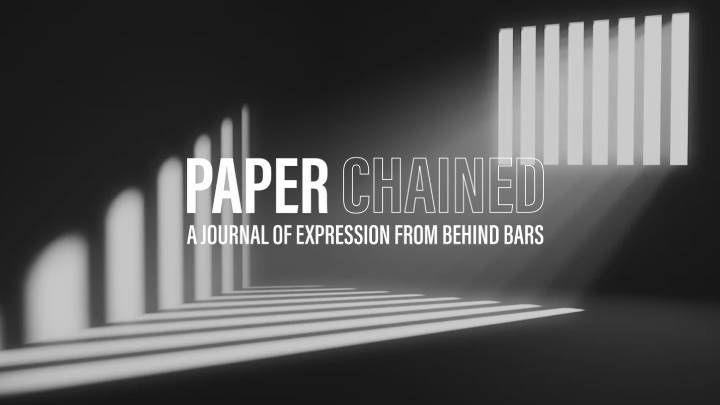 American professor Angela Davis remarked in an interview with Democracy Now last December that she was “absolutely surprised” that the concept of prison abolition had “entered public discourse during this time”.

Davis, a key abolitionist, and her colleagues did not expect the campaign, which calls on societies to dismantle incarceration systems, to enter the popular consciousness for “maybe 50 years” because, until to recently, it was a fringe to publish.

However, footage of George Floyd being killed by Minneapolis police officers and the resulting upsurge of the Black Lives Matter movement has dramatically changed the situation, calling into question the role corrections and law enforcement play in our systems becoming mainstream.

And with that, so does the understanding that abolishing prisons doesn’t just mean tearing down the walls and letting everyone go wild. Rather, it involves the implementation of broad social reforms that lead to a more equitable society, with the perceived need for prisons and imprisonment diminished.

Creative pursuit has long been understood as a way to transform negative emotions, and in this way, not only does the quarterly magazine Paper Chained, a prisoner-for-prisoner publication, help inmates reform individually, but, more broadly , it is abolitionist in nature.

A newspaper of expression behind bars

First launched in 2017, Paper Chained is a magazine that appears online and in print and features the writings of inmates, ex-inmates, family members, or corrections-related work. Printed magazines are displayed free for prisoners inside.

The sixth edition of Paper Chained has just been put online. Indeed, the first article in the new addition is titled A Future Without Prisons and posits that “if we maintain our current course, the future of prisons is an ever-expanding series of storage facilities for broken people.”

The author, Stacey Stokes, goes on to explain that moving towards a society without incarceration would require exploring the reasons for the behavior that leads to imprisonment, and providing healing and education to help move beyond that.

“A future without prisons is a world where we all have a place and no one is left behind,” Stokes concludes.

The majority of Paper Chained’s funding comes from the Community Restorative Centre, a Sydney-based organization that provides a range of services to people involved in the criminal justice system and their families.

Damien Linnane is the editor of Paper Chained. Having spent time in prison himself and penned the novel Scarred, Linnane understands the importance a creative outlet can have for those inside.

So when he was asked to take over the reins of the publication, he had to accept.

Sydney Criminal Lawyers spoke to Damien Linnane, editor of Paper Chained, about the magazine’s impact on those involved, the prison’s new computer tablet program which will allow inmates to access the publication online and what they are looking for in terms of content.

Damien, since last May, you’ve been the editor of Paper Chained. Why would you say a magazine made by prisoners for prisoners is important?

What makes my work most interesting are the reactions I get in the letters from prisoners.

People often tell me how much of a difference just getting mail can make in their day, which I know very well from personal experience.

But what I hear the most is how much of a difference it makes to know there’s a publication that specifically gives them a voice, understands what they’re going through, and speaks directly to them.

Paper Chained is what I needed when I was in prison. I had so much I wanted to express, but there was no way for me to share everything I had created with the world. My artwork and writing just gathered in a box under my bed.

How would you describe the types of articles and other artistic expression you received for the issues? How would you say the topics covered reflect the experience of the prisoners?

The majority of submissions we receive are poetry: that definitely seems to be the preferred way people like to express themselves.

Unsurprisingly, most of them are heavily prison-focused. I have certainly read a lot of books on the themes of feeling trapped, despair and regret.

So it’s healthy for people to have a creative outlet to express those feelings, rather than just locking them away.

But we receive all types of writing. In our last issue, we received an article from an inmate who simply wanted to share his passion for reading.

He wrote about how reading makes him feel free, which I can personally attest to. The only time I didn’t feel like I was in prison was when I was reading or writing.

Unfortunately, we’re a bit limited in terms of the art we can receive from prison, as that’s about all people can put in an envelope.

Fortunately, we have a relationship with Boom Gate Gallery, the art gallery attached to Long Bay, and they can give us access to photographs of larger works of art made by incarcerated people.

Corrective Services NSW has agreed to make Paper Chained available to inmates via the new tablet computers which are provided to inmates. This was an initiative presented to the government agency by the Community Justice Coalition.

As someone who has spent time indoors, how important is this tablet computing initiative to you?

I spent the first half of my sentence writing a detective story by hand, and the second half learning to draw.

I originally wanted to go back to college, but we didn’t have access to a computer and the days of offline correspondence courses were long gone, so I had no way to study anything. .

I was told that because I had been assessed as low risk for reoffending and because resources were limited, I was not eligible for in-person rehab, and I was also told that it there was no therapy available.

The most frustrating thing about prison is that you have all the time in the world, but prison doesn’t give you the resources to do anything constructive during that time.

I was lucky enough to be literate enough to write a novel, but a lot of people in prison aren’t so lucky.

One of the reasons we campaigned for computers in cells for so long was so that inmates could access rehabilitation classes, even after lockdown and during lockdown.

Even being able to access basic education programs from your cell will make a huge difference for people who want to change in prison.

These results have been consistent over the past few years, but hopefully we’ll start to see a difference now that tablets have finally been introduced.

Image of the cover of the sixth edition of Paper Chained. Artwork by N21

Justice Action had been pushing for the tablets for a long time. The campaign was intensified after the onset of COVID-19 due to the impact it had on prison conditions.

Prisoners in this country have had a difficult time during the pandemic due to neglect and restrictions. What do you think of the situation of detainees during the COVID crisis?

I can only imagine how much harder prison has become for people during the pandemic. Considering how isolating and depressing it was before, I know it would have been so much worse.

It’s kind of ironic, I get about 25 letters from people in prison a week, but one thing I’ve noticed is that people very rarely want to communicate about prison itself or how things affect them personally, other than through art and poetry.

Writing, art, reading and education in prison is a form of escape from what is really going on around you, so anything that helps facilitate this will be welcome.

When you’re in lockdown, you normally can’t even access books in the library. I really think prison tablets are a fantastic idea, long overdue.

Paper Chained is primarily funded by the Community Restorative Centre. Why did this organization prioritize such a project?

I’ve helped Paper Chained on the periphery since their inception in 2017. And in 2021, the previous editor asked me if I wanted to take over because she no longer had the time or money to self-fund the project.

Knowing how much something like Paper Chained would have improved my mental health when I was in prison, I couldn’t say no.

But as our subscriber list grew dramatically, it became clear that I had bitten off more than I could chew.

I received enough contributions to publish it much more often than once a year, which is how the magazine operated for its first five years, although answering letters and transcribing contributions took up most of my free time. .

Then, at the beginning of this year, I ended a long-term employment contract as an archivist. And since I needed a new job anyway, I applied for funding to turn what I was passionate about into my dream job, and luckily I managed to get a 12 month contract with CRC to produce the quarterly magazine.

It really fitted in with their other big projects, like Jailbreak Radio, a radio show for incarcerated people, and Songbirds, which records music made in prison.

And finally, Damien, for those who would like to contribute or get involved in Paper Chained, what should they do?

I really encourage people to try. A lot of people seem embarrassed about whether their work is good enough, and then I marvel at their creativity.

From experience, many writers and artists doubt themselves too much, especially when they start for the first time.

If you are concerned about using your real name, we may publish your work anonymously. And keep in mind that if you’re looking to pursue a career in writing or art, being published by us already could give you a helping hand.

People often write to us asking if we accept certain types of contributions, such as song lyrics. And like I always tell them, if you can create it, we’ll consider printing it.

It’s really only limited by your imagination.

One thing I wish we had more of is fiction, especially since that’s what I created when I was incarcerated. I would love to see more short stories in future issues.

How to get out of payday loan debt in Colorado