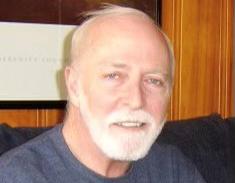 Ken Hammond, a longtime Chronicle editor who for many years edited the newspaper’s Sunday Texas Magazine and nurtured dozens of local writers, died on January 2. He was 78 years old.

Hammond died at the Methodist Hospital in Houston of natural causes, including complications from pulmonary fibrosis. Before being hospitalized at the end of December, he lived in southwest Houston.

After joining The Chronicle in 1979 as a reporter in the city office, Hammond was quickly recruited to write for the articles department. A reliable writer and a calm but sympathetic colleague, he quickly became a respected and popular member of the team. Quick to smile, he had a dry, sometimes cynical or self-deprecating sense of humor. When the editorial staff of Texas Magazine went open, Hammond was the obvious choice. Columnists, freelancers and amateur writers have found his editorial style demanding but insightful.

â€œHe was kind and patient, but also an inspired editor,â€ said longtime journalist Claudia Feldman. â€œWe all felt so lucky when we got to write a story for him. We knew everything we were working on was about to get better.

Hammond’s nurturing side was evident when he spoke enthusiastically about a new contributor whom he guided through his first published story. Some of these writers contacted him years after he left the newspaper.

“He was proud of it and should have been,” said former Chronicle reporter Evan Moore. â€œHe approached a number of these writers, a few of whom have been recognized. He went out of his way to make it into a magazine article. Ken cared to write.

The popularity of the State Lines column ultimately led to a book of the same name, featuring 52 of the column’s top stories. Status lines is still available from Texas A&M University Press.

Kenneth Hammond was born in Albion, Michigan on September 25, 1943, but raised in Ohio.

â€œHe really loved music in his youth,â€ said his son Greg Hammond, â€œand that was an influence for (brother) Brady and I. He loved to read and always tried to get us involved more. He loved cars. He drag races as a kid somewhere in the Midwest.

He graduated from Ohio State journalism in 1968 and was the first in his family to graduate from college. He was able to use his journalism skills right away, but not exactly as he had expected. The Vietnam War was on and Hammond found the army waiting.

â€œHe was close to being drafted so I think he went that day and enlisted,â€ said Greg Hammond.

In Vietnam, Hammond wrote for the US military newspaper Stars and Stripes. His tour was not always a pleasant experience, and over the following years he sometimes recalled the frustration of not being able to write the stories he deemed important. But he also shared fond memories of the people and part of the culture he experienced.

After the army, Hammond hitchhiked across the country. Greg Hammond recalls stories of plumbing, bartending, and other temporary occupations until he arrived in Fort Worth, where he met his 23-year-old future wife, Mickey Hammond, and worked as a police reporter for the Fort Worth Star Telegram.

In 1979, Hammond and his young family moved to Houston for his career with The Chronicle. He has also taught public affairs reporting at the University of Houston.

After retiring from The Chronicle in 2004, Hammond became an English teacher and tutor at Houston Community College, a job that often proved difficult due to health concerns. He was still working when he fell ill last month.

Moore was one of the last friends to speak to Hammond; he called him on Christmas Day at the hospital. Hammond still had his wry, low-key sense of humor. â€œThe nurses are all pretty nice,â€ he told Moore. â€œThey watch me all the time and they overfeed me. And I don’t have to make a single decision for myself.

Hammond is survived by his sons, Greg and Brady Hammond. Interment and services are pending.