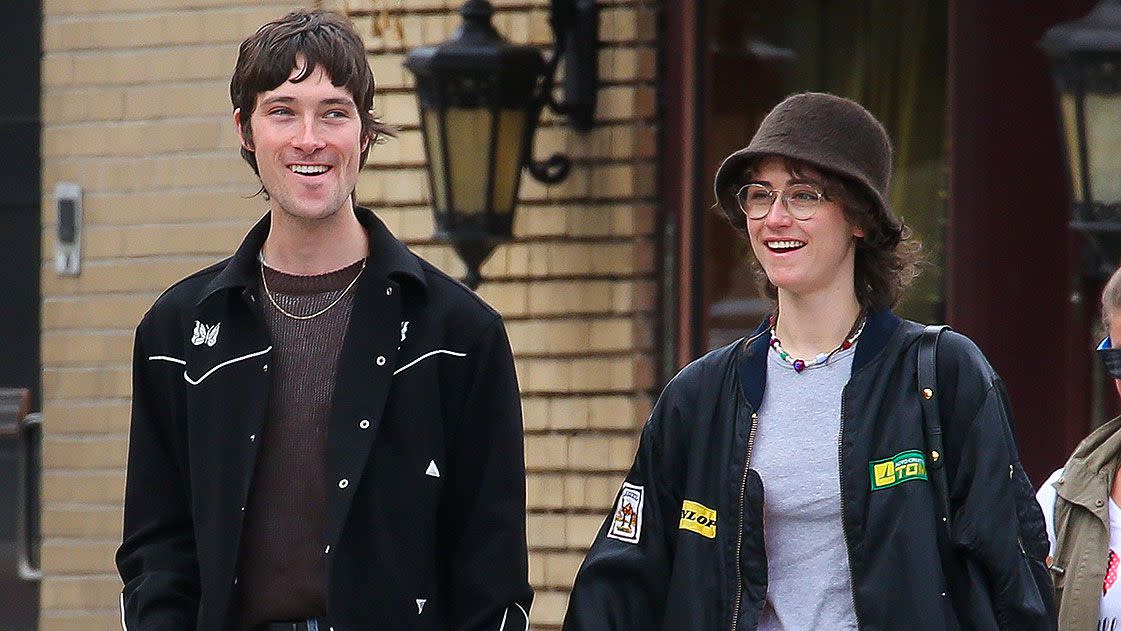 DirectImage From left to right: Sam Hine and Ella Emhoff

Vice President Kamala Harris’s daughter-in-law Ella Emhoff said in a new interview with Vanity Show that she prefers fashion to the law and a “big curly mane” to (what she calls) her mule.

And that’s not all: Emhoff, 22, also confirmed that she is dating Sam Hine, an editor of GQ, with whom she had been linked for months. The perfect date, she said Vanity Show, was low key – some groceries and some cooking.

Since Emhoff graduated from Parson’s School of Design in May, she has completely immersed herself in the world of fashion, both design and modeling.

She said Vanity Show for the September issue of the magazine that her father, Second Gentleman Doug Emhoff – she calls him Doug – still wants her to be a lawyer, like him. But she has other things on her mind.

“My father asks me very often, ‘So, have you reconsidered your law studies? And I keep saying, ‘Doug, that doesn’t happen,’ ”Ella said. “‘I’ll leave it to you and I’ll be the artist.’ “

She is the youngest of Emhoff and his first wife, Kerstin Emhoff; their son, Cole, is 26 and is an executive assistant at Brad Pitt’s Plan B Entertainment.

Emhoff married Harris in 2014 after being introduced by friends. Ella and Cole call the vice president “Momala”.

The nation’s first second man, a prominent entertainment lawyer who left his law firm after the election, has taught in Washington, DC, and shed light on causes such as food insecurity. This week, he supported the athletes as head of the US delegation to the Summer Paralympic Games in Tokyo.

Her kids avoided politics, but Ella embraced her fashion profile.

She first caught the attention of the fashion world for her appearance at the inauguration in January, when she wore a coat studded with Miu Miu jewelry. The modeling work that followed was so unexpected, she said Vanity Show, “which I think makes it all more exciting.”

She launched a limited collection of knitwear, with Batsheva Hay, in the spring, and recounted Vanity Show there are designs for an eponymous collection at one point.

She also signed with IMG Models, did her first runway show for Proenza Schouler – albeit virtually – followed by a “semi-live” walk for Balenciaga in June. And even then, she was nervous.

“I’m not really good at walking in heels,” she said.

(The White House refuses to discuss its work, out of ethical concern.)

Ella has also recently made a big decision about her personal style, she said. Vanity Show: “I’m letting my hair grow. I heard it here first. It’s had its time, and I want to go mullet. I’m ready for the big, curly mane.”

The editor-in-chief of the magazine – Press room