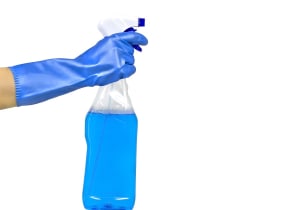 Advertising in women’s magazines hasn’t changed much in 60 years – mothers are still portrayed as a selfless maternal ideal who takes care of the family.

And they continue to position themselves in relation to their domestic tasks, such as cooking and cleaning.

The ads tell mothers to put family first and encourage them to devote themselves to protection and care rather than personal and professional advancement, according to the latest research based on Good Housekeeping from the UK and the UK. Australian Women’s Weekly.

The study of women’s magazines since the 1950s has revealed that the advertisements focus on an idealized image of the “knowing mother” who is told to put all her expertise in the service of the family.

Researchers from the University of Sydney, Lancaster University, University of Edinburgh, Monash University in Melbourne and University of St. Gallen in Switzerland examined advertisements published in Australian Women’s Weekly and Good Housekeeping in the UK between 1950 and 2010.

The findings, published in the Journal of Consumer Culture, indicate that the image of mothers has shifted from consumers needing expert advice to women able to draw on their own knowledge and expertise when shopping on behalf of family.

However, women are always asked to use their knowledge to take care of their families first.

Assumptions about their responsibilities persist as advertisers repeatedly position mothers in relation to their household chores, such as cooking and cleaning.

“Knowing how to consume properly for the family is represented as a major determinant of female identity,” says lead author of the report, Professor Teresa Davis of the University of Sydney Business School.

“The caring mother is one of the most recurring images of womanhood in post-war advertising,” says Davis.

“The representations of the good mother are particularly evident with regard to her consumption for the family and the always use of her knowledge to cook, take care and clean“ correctly ”.

“The ads we reviewed focus on what mothers can, should and should know, prompting readers to compare themselves to the domestic ideal depicted in the ads.”

Despite changes in attitudes that seem to share the role of caring within a family, there is a persistent assumption that mothers should be responsible, she says. “

The advertisements increasingly position mothers as needing to acquire ever more expertise and skills to professionalize their mothering.

Researchers have found a change in the 60 years.

In the 1950s, according to the newspaper article, advertisements showed mothers following the advice of experts (mostly men) such as doctors, celebrities and psychologists, on how to “consume properly” and take care of their children.

Mothers would decide which brands of toothpaste, vitamins, or clothing they should purchase, their choices being legitimized by medical approval.

The images highlight the pressures of intensive mothering, with the knowledgeable mother happily sacrificing her time to make the right decisions for her family.

The theme continued into the 1960s and 1970s, and as work and home lives intertwine in the 1980s and 1990s, mothers use their work skills and know-how to consume effectively for the family.

In 2000 and 2010, the mother became the expert, no longer passively following directions but negotiating her way around complex scientific facts and sifting through claims on topics such as genetically modified foods.

However, advertisements still portray mothers as possessing and striving to acquire this knowledge primarily for the protection of their families and children.

“Over the decades that we have studied, we can trace the transformation of mothers from someone knowledgeable by experts on how to consume for her family to someone who is an expert herself,” says the co- author, Professor Margaret K. Hogg, of Lancaster University Management. School.

“There is a major change in the recognition of the place of women as holders of scientific knowledge. It is not only around the family, but also on issues such as the environment, sustainability, disease and well-being.

This use of knowledge for the benefit of the family is a common theme in all the advertisements studied by researchers at Good Housekeeping and Australian Women’s Weekly, whether it is laundry, vitamin supplements, tissues or disinfectants.

“In any case, the representation of the knowing mother is presented as what mothers should aspire to, and this is a vision lasting across seven decades and two continents,” says co-author Professor David Marshall, University of Edinburgh Business School.

“Although knowledge changes over the decades, it remains geared towards the pursuit of a selfless maternal ideal, reinforcing gender stereotypes and traditional hegemony.”

Do you have something to say about this? Share your views in the comments section below. Or if you have any news or information, drop us a line at [email protected]